This is a project aimed at providing vocational skills and empowerment for female sex workers (FSWs) in other to reduce the dependency on sex work for survival. The activities under this project included advocacy visits, medical screening services, awareness via media, vocational training, and empowerment. This project funded by Zonta International through a partnership with the Zonta Club of Ibadan II was implemented in partnership with the Oyo State Agency for the Control of AIDS and the Oyo State Ministry of Health.

Advocacy Visits were paid to the selected brothels in Ibadan Metropolis where Blue Gate Initiative officials discussed the goals to achieve, roles, and responsibilities of the Chairlady of each brothel and also cooperation and support of the participants for the successful implementation of the project. Medical Screening Services were provided to a total of 175 sex workers in 21 brothels in Ibadan where participants were screened for HIV and High Blood Pressure. Those identified to have abnormal blood pressure were referred to the health facility of their choice. The 22 individuals who were HIV seropositive were enrolled for treatment through the support of the Oyo State Ministry of Health.A total of 43 female sex workers were subsequently recruited from 10 brothels in Ibadan and provided with vocational training. However, only 34 successfully completed the training. Fourteen (14) were trained on how to bake and decorate cake including sugar crafts, ten (10) were trained on Make-up, Gele, and Auto-gele while nine (9) were trained on how to make liquid soap and disinfectants. After the training, an empowerment programme was organized for the 34 sex workers who successfully completed the training where they were empowered with necessary start-up materials. This event was organized in collaboration with the Oyo State Agency for the Control of AIDS, the Oyo State Ministry of Health, and the Zonta Club of Ibadan II. 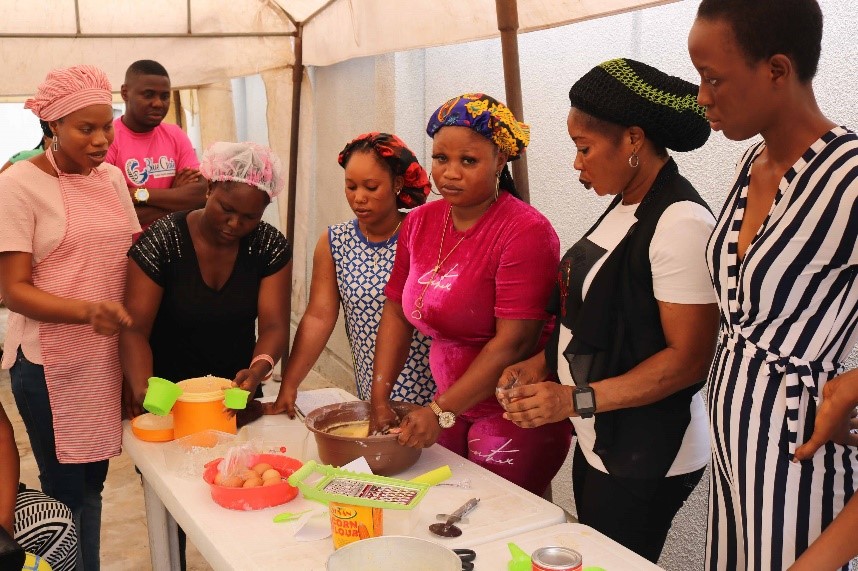 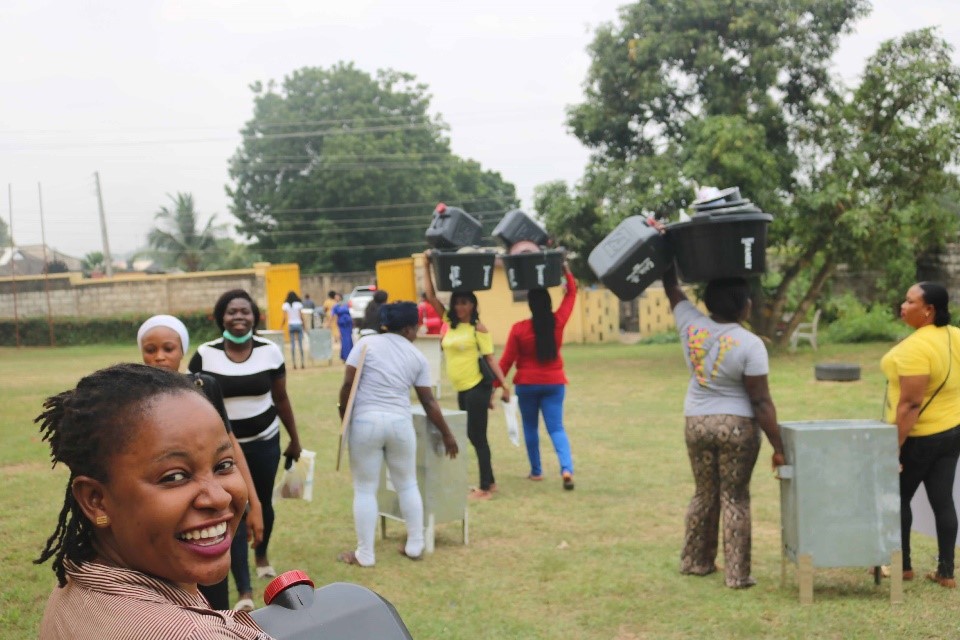 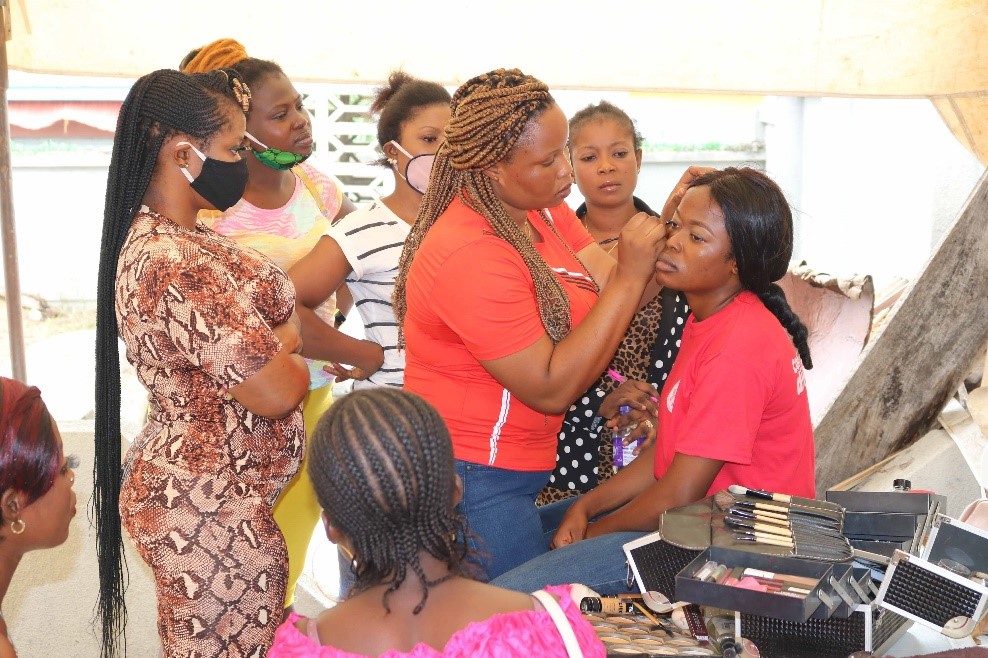 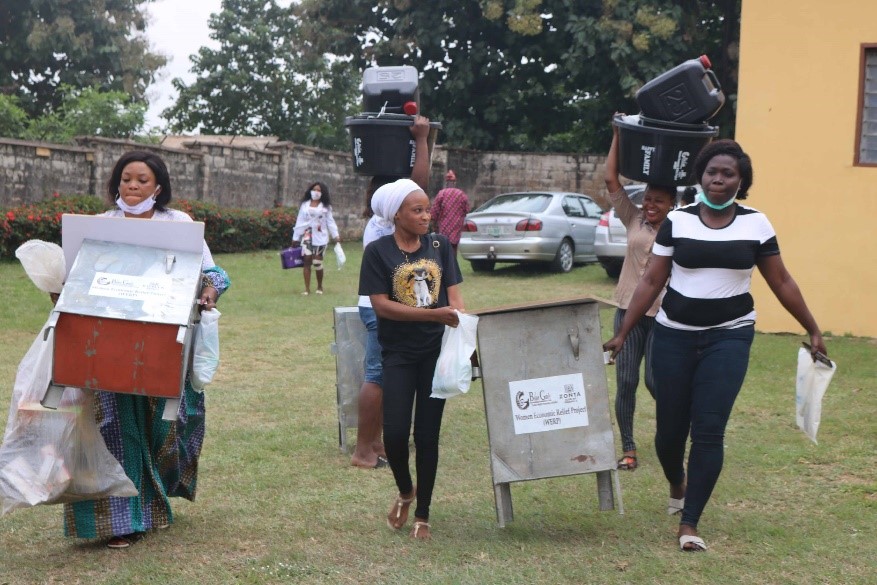 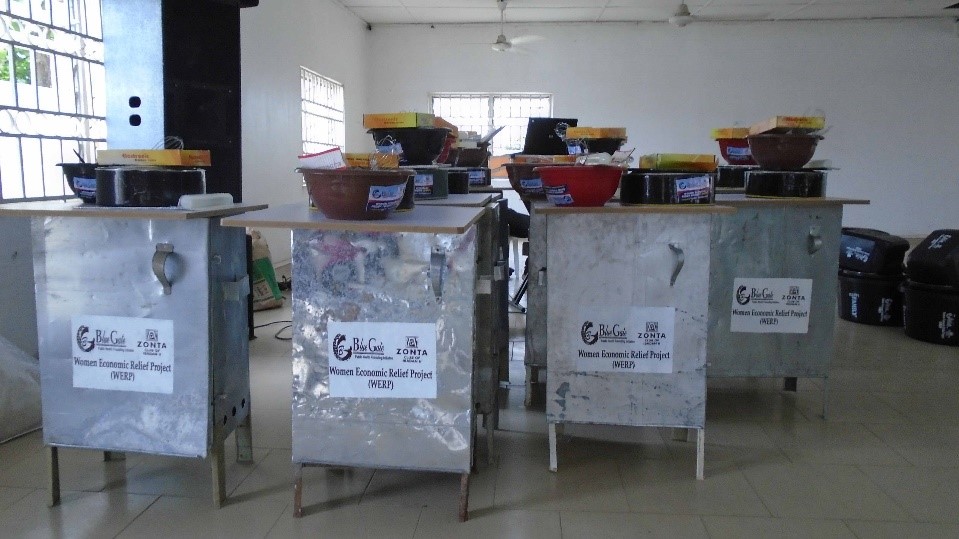 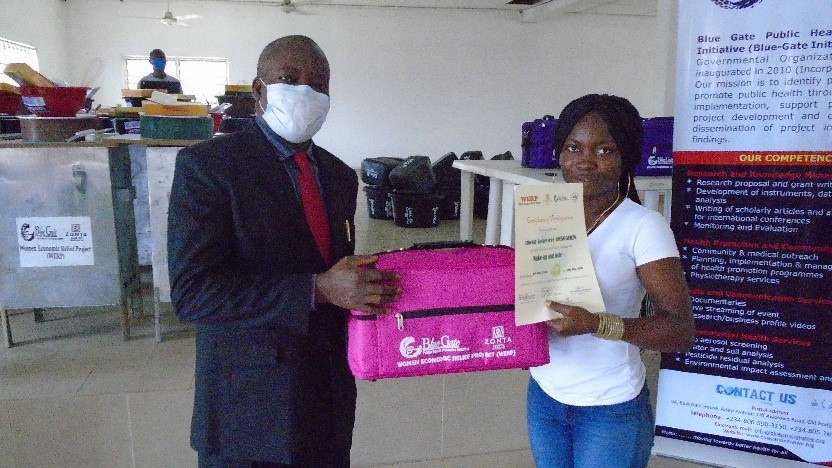 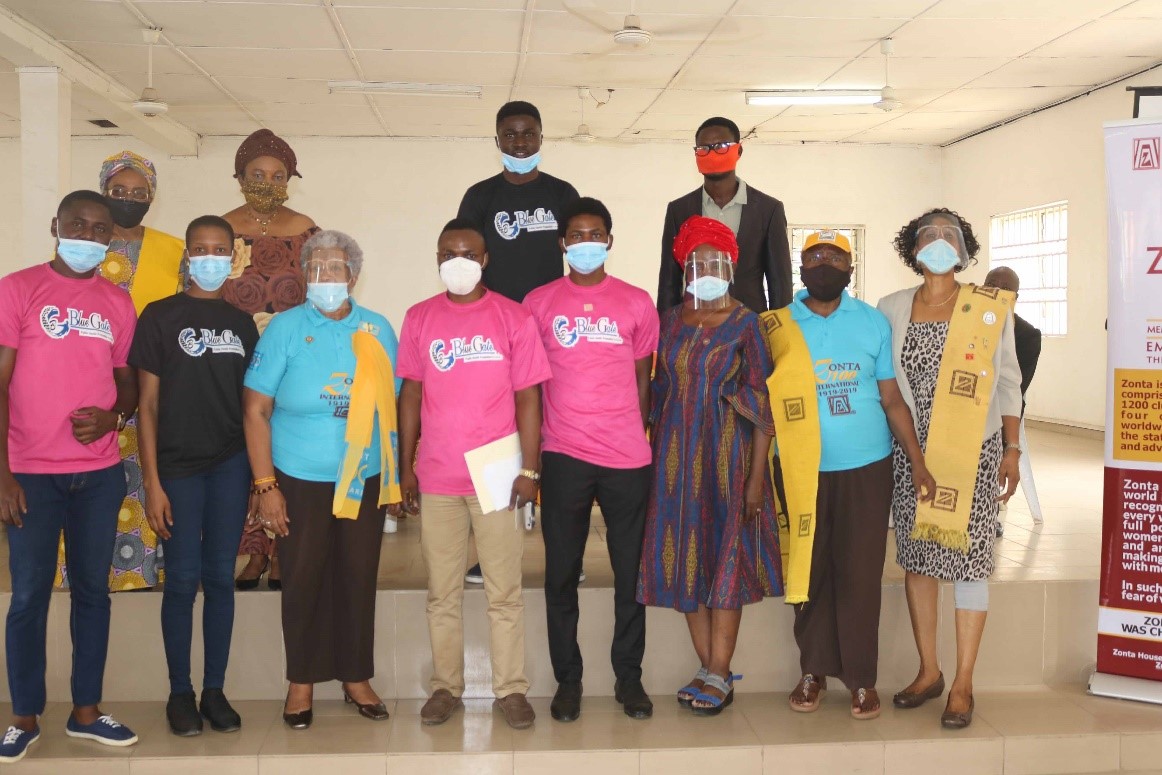